No country has more cases of tuberculosis (TB) than India. Research from India played a critical role in the development of the global strategy to stop TB. Yet, Indian industry and academics have not developed any new tools (diagnostics, drugs or vaccines) for TB. Why has India has failed to innovate in TB R&D? To understand this better, we recently organized a conference at St. John´s Research Institute (SJRI) in Bangalore, India. For the first time, this meeting brought together over 200 representatives from industry, government, donors, academia, civil society and the media to discuss what it takes to innovate in TB diagnostics in India and to move from importation and imitation to innovation. The goal was to stimulate industry interest and investments in TB innovations.

Why focus on India? India has already made a big contribution in the area of generic drugs and vaccines, and successes in areas such as information technology and mobile telephony have greatly inspired a burgeoning biotechnology industry. With a strong, growing economy, and a large talent pool, there is great potential for India to contribute to what is called as the “More (value) for less (cost) for more (people) or MLM innovation,” especially in the area of healthcare technologies and delivery innovations.

It is often said that industry interest in TB is low, in part because the disease mostly affects the poor in developing countries. While this is true, should 9.4 million TB cases/year not translate into a large global market for companies? What exactly is the size and nature of the TB diagnostics market in India and elsewhere? A preliminary analysis by McKinsey and Company suggested that the TB diagnostics market in India might be in the ballpark of about $100 million, although there was uncertainty surrounding the estimates from the private sector which does not report TB. The Indian TB control program (RNTCP) screens over 7.5 million people with suspected active TB every year, and a similar number is likely to seek care in the private sector. Thus, 15 million persons with suspected TB should translate into a fairly sizeable Indian market. In addition, diagnostics will be needed to diagnose extrapulmonary TB, MDR-TB, childhood TB, and latent TB infection. If a good, point-of-care test were to be developed, it might open the option of intensive and active case finding. Furthermore, if a new test were to be developed on a platform that can be used for other diseases, then this opens new markets beyond TB. Lastly, there is a large potential market outside of India. Clearly, we need a more detailed TB market size analysis to engage both industry and funders.

The TB community has done a poor job of articulating its needs. ‘What products should we develop, and if we did develop products who purchase them?’ is a key question that industry representatives asked. A presentation by a senior RNTCP official provided some clues: What the RNTCP needs most is a new point-of-care test for active TB that is simple, easy, cheap and can be performed with minimal training at primary healthcare level; in addition, the program needs an indigenous, economical, simple, automated (battery operated) or manual molecular test to detect drug resistance that can be done in a peripheral lab with minimal training. This wish list is a great place to start, but will need to be converted into clearly defined target product profiles (TPPs) that test developers and funders can aim for.

Other concerns raised by the industry included: lack of access to Indian sample repositories for test development and validation, and limited funding and R&D facilities for TB; poor regulatory mechanisms to evaluate new tests and assure quality; unclear prequalification process for TB tests by the World Health Organization; lack of venture capital funding for R&D and lack of celebrity/philanthropic support from within India; lack of awareness about funding opportunities, weak or non-existent collaboration between RNTCP and industry, between industry and clinicians, industry and academia. In addition, there are the usual barriers to innovation in India.

Companies, especially those not working in TB, want “mentorship” or technical advice on TB, and it is not clear who they can approach for issues specific to TB. When and how should companies engage with agencies such as WHO (globally) and RNTCP (within India) for advice, possible endorsement or evaluation? What is the procedure for companies to access the government market for TB tests? How will the RNTCP decide on which tests to scale-up, and how much is the RNTCP willing to spend?

As more TB products get developed, it is not clear which agency or organization can conduct head-to-head validation studies to identify the best products for scale-up. More importantly, which agency or organization should take on a “honest broker” role to bring together key stakeholders that make up the complete value chain for TB innovations in India?

Increased industry involvement and investment in TB R&D is an important goal. While the Bangalore conference was clearly a first step to begin a dialogue among the various stakeholders, it became clear that a lot more work is needed to address the needs articulated by the industry. Innovations in TB will also require the support of civil society, media, and patient groups which can bring attention to the need for new TB tools, advocating for scale-up of new products that are already available, and advocacy for increased investment in TB R&D. Lastly, if new tools have to be adopted and scaled-up to achieve impact, health system design and delivery innovations are equally important. 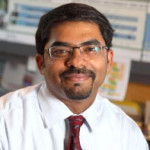 Dr Madhukar Pai is a professor and TB researcher based at McGill University, Montreal, Canada. He serves as co-chair of the Stop TB Partnership’s New Diagnostics Working Group (NDWG), and as a consultant to the Bill & Melinda Gates Foundation (BMGF). The views expressed in this article are the author’s own and do not necessarily reflect those of NDWG or BMGF.

Initially posted on Speaking of Medicine